China’s Next More Dangerous Bioweapon and How the U.S. is Helping Them Build It

Since the 1990s, U.S. universities and research institutions have been colonized by Chinese Communist Party (CCP) and People’s Liberation Army (PLA) scientists.

According to Dr. Li-Meng Yan’s second report, the COVID-19 virus succeeded in fulfilling the criteria of an effective bioweapon as described in 2005 by PLA General Rui-fu Yang:

In 2010, General Rui-fu Yang together with three of his senior PLA colleagues Zhi-Kai Xu, Zhong-Tian Qi and Fu-Quan Hu wrote that the new era required a military microbiology strategy that “should strive to cultivate and bring up a team of scientific and technological talents with strong innovation ability” regarding “pathogenic substances, pathogenic mechanisms and immune mechanisms of important pathogenic microorganisms” “including the construction and management of high-level biosafety laboratories” for research related to “biological warfare.”

They placed a special emphasis on flaviviruses and its envelope protein that “contains many single amino acids that affect viral neurovirulence and neuro-invasiveness.”

It is important to note that the envelope protein of the COVID-19 virus is believed to be related to its effect on the central nervous system, for example, the early loss of taste and smell. Perhaps, it was a test of concept for future bioweapons.

Flaviviruses are RNA viruses like coronavirus, but are far more dangerous attacking the central nervous system. They include yellow fever, Japanese encephalitis, West Nile, dengue fever and, finally, Zika virus, which is known for infecting pregnant women and causing severe brain damage in their babies.

Although flaviviruses are usually only transmitted by mosquitoes or other insects and are diseases not common in the United States, the PLA may be in the process of changing that situation.

The PLA has also shown a keen interest in and has conducted numerous studies on the American strain of Zika virus.

The types of experiments on flaviviruses now underway by the PLA are similar to those that were done for the creation of COVID-19.

PLA scientists have already begun studies on possible human-to human transmission of Zika virus via intranasal inoculation of non-human primates and the transmission between animals in close proximity.

Similar research on aerosol and contact transmission following intranasal infection of mice with Japanese Encephalitis Virus have been conducted by scientists in China.

Viral modifications could make a mosquito-transmitted flavivirus more deadly in a point attack or, using genetic engineering and other “gain of function” techniques, it would be a relatively small step to enhance their human-to-human infectivity.

China has made huge strides in flavivirus research by exploiting its multilayered, fused military-civilian biowarfare program of concurrent pathogen and vaccine development including the contributions made by numerous China-trained scientists operating in U.S. research centers.

There is a core secret military level composed of military research centers and hospitals.

The second level includes all universities and “civilian” research centers, like the Wuhan Institute of Virology, because in China there is no difference between military and civilian research.

The fusion of civilian and military research was mandated by the Chinese Communist Party’s (CCP) Thirteenth Five Year Plan in 2016.

That second level allows the core secret military level to access knowledge and skills from the third level of China’s biowarfare program, international universities and research centers, particularly those in the U.S.

The organization of China’s flavivirus biowarfare program illustrates the fusion of military and civilian research and its links to U.S. personnel and resources as shown in the following images. 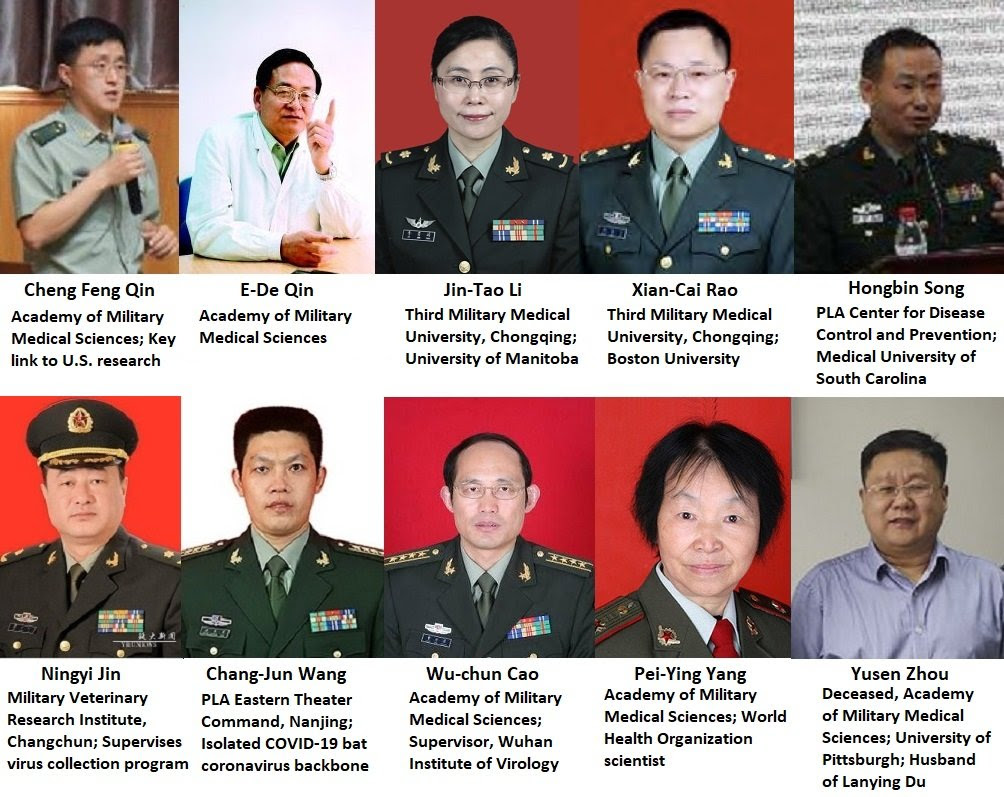 Level 3 – CCP and PLA scientists in the U.S. conducting ongoing research with colleagues in the People’s Republic of China.

The extensive research links between Pei-Yong Shi of the University of Texas Medical Branch in Galveston and the Chinese People’s Liberation Army have been described in detail in earlier Gateway Pundit articles, here and here.

Lawrence Sellin, Ph.D. is retired from an international career in business and medical research with 29 years of service in the US Army Reserve and a veteran of Afghanistan and Iraq. His email address is lawrence.sellin@gmail.com.

This article also appeared in The Gateway Pundit.