Polling the unvaccinated: Why Canadians say they won’t get a COVID vaccine

Health officials have said Canada’s fourth wave of COVID-19 is a “pandemic of the unvaccinated.”

According to data compiled by the Our World in Data project at the University of Oxford, when it comes to Canada as a whole, eight per cent of residents remain unvaccinated.

Canada is the 14th most vaccinated country in the world, but a third of those polled said the main reason they haven’t received a vaccination is because COVID-19 is not a “serious health threat.” 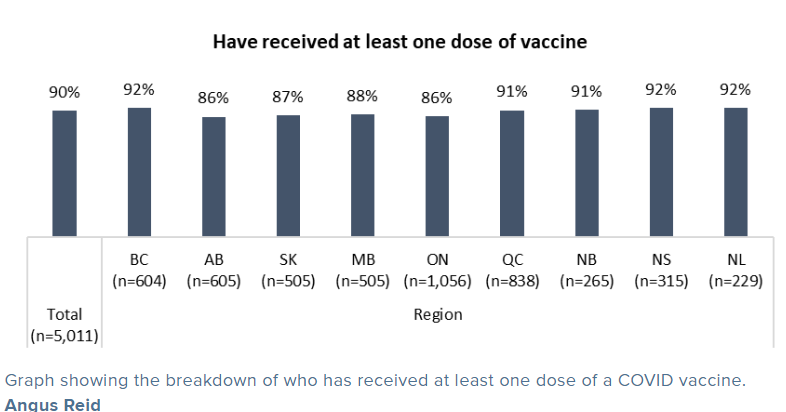 When it comes to men and women, the findings suggest men, in particular those aged 18 to 24, refused to be immunized at a higher rate than women.

Twelve per cent, or about one man in 10 polled, said they will not get the vaccine.

When it comes to men and women, the findings suggest men, in particular those aged 18 to 24, refused to be immunized at a higher rate than women.

Twelve per cent, or about one man in 10 polled, said they will not get the vaccine. 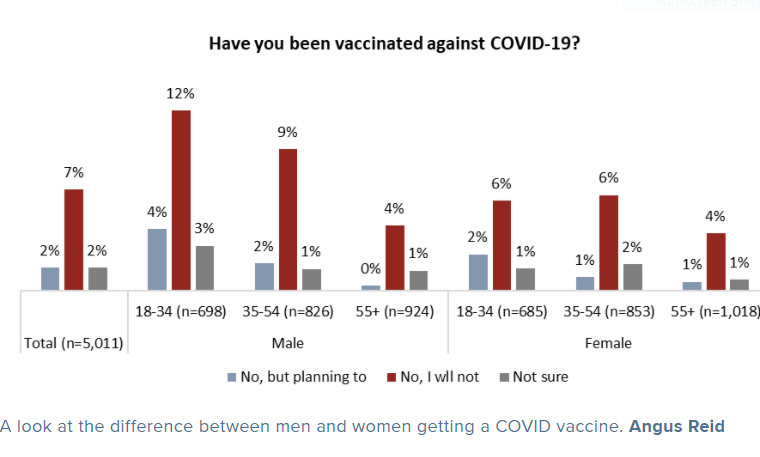 According to the survey, those in households earning between $150,000 and $200,000 annually are the most likely to say they won’t get vaccinated. 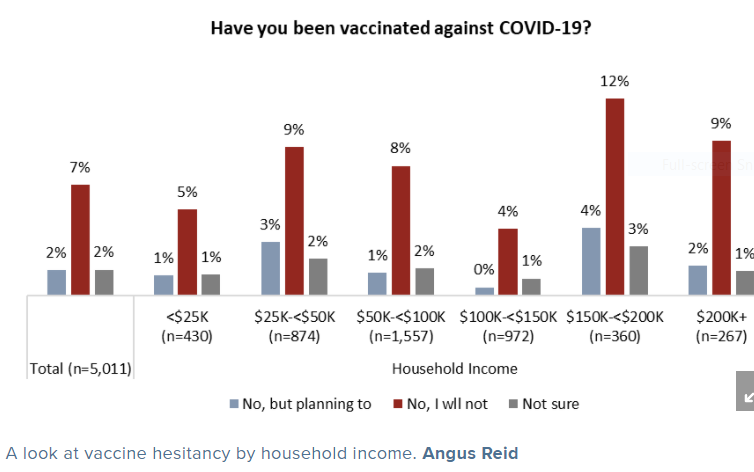 Indigenous Canadians polled were twice as likely as those who do not identify as visible minorities to refuse the shot.

The provincial and federal governments still have much work to do to overcome generations of mistreatment of Indigenous peoples within the medical system, the pollster said. 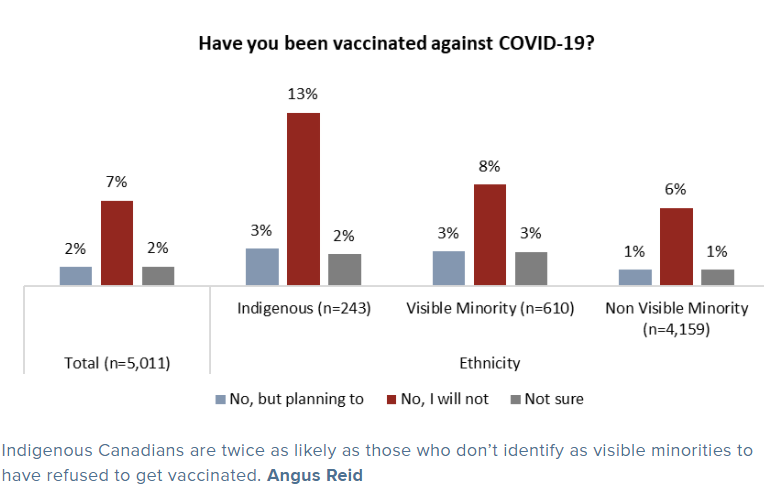 Aside from looking at who is vaccine-hesitant and how they identify, the survey also looked at why.

While Canada has been successful in providing access to the vaccine, those polled showed a lack of confidence in its safety, with about 58 per cent, or three in five polled, saying they have ongoing health concerns when it comes to vaccination.

An equal number of people stated one of the main reasons for not getting the shot as being one of personal freedom. 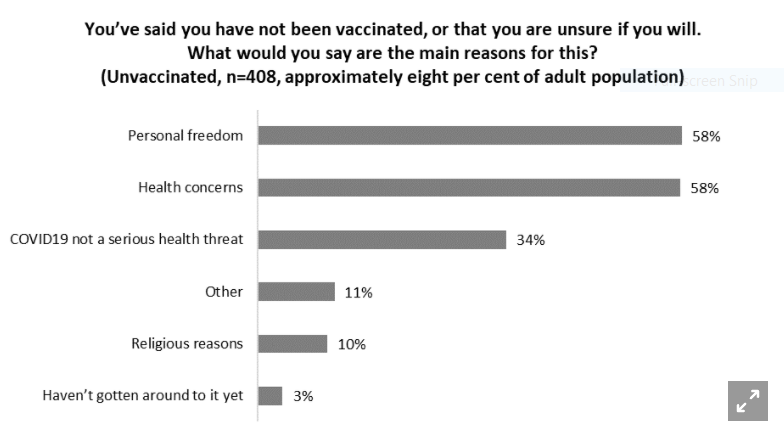 Finally, when asked about various statements around the vaccine, the majority of those polled said it’s government’s overreach to require vaccine passports.

Just over 40 per cent of people mostly agreed with the statement that the side effects of the vaccine are more serious than the virus itself. 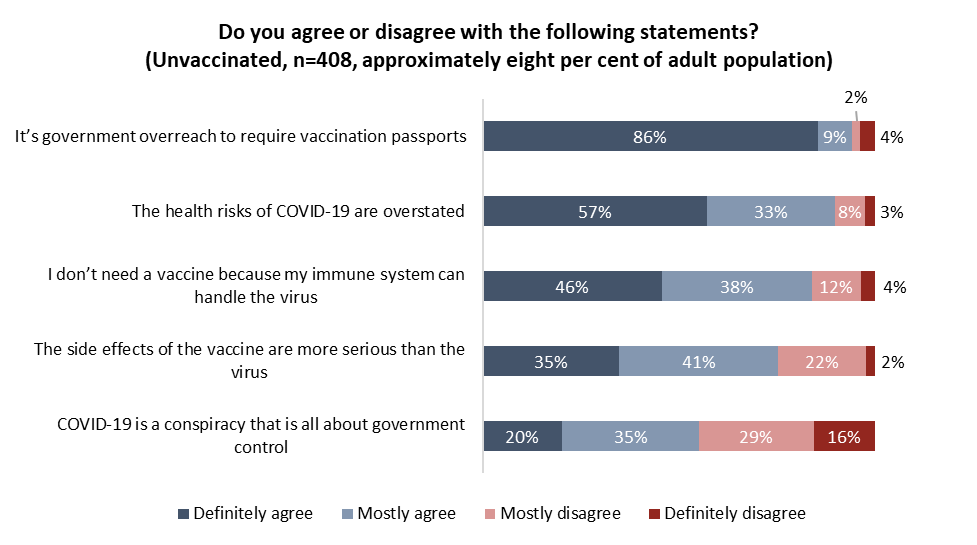 The Angus Reid Institute conducted an online survey from Sept. 29 to Oct. 3, 2021, among a representative randomized sample of 5,011 Canadian adults who are members of Angus Reid Forum. For comparison purposes only, a probability sample of this size would carry a margin of error of +/- 2.0 percentage points, 19 times out of 20. Discrepancies in or between totals are due to rounding. The survey was self-commissioned and paid for by ARI.