UPDATE 9:19 p.m. Not even an hour after publishing this article, we received this unsolicited email from someone named “Bob Ross.”

The email address looks fake and we get a bunch of these every day. Usually they are ignored and/or go directly to the spam/junk folder. But I’m just not in the mood tonight. So I responded. 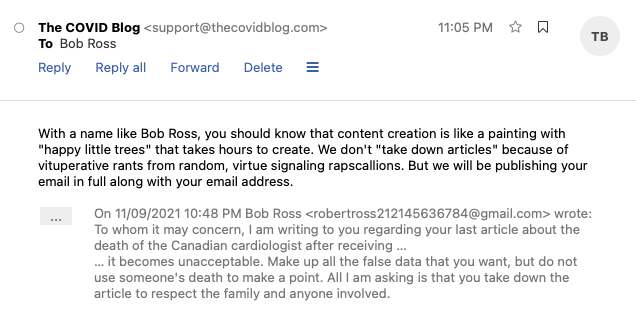 SAINT JOHN, NEW BRUNSWICK — A 52-year-old cardiologist, hospital director and hockey coach is dead after spending much of 2021 belittling the non-vaxxed.

Dr. Sohrab Lutchmedial received his first mRNA injection on January 16, according to his Facebook page. It’s unclear whether it was Pfizer or Moderna. It also doesn’t matter. But those were the only two injections authorized for use in Canada at the time. The AstraZeneca viral vector DNA injections received authorization in late February. Canada authorized Johnson & Johnson (Janssen) shortly thereafter. 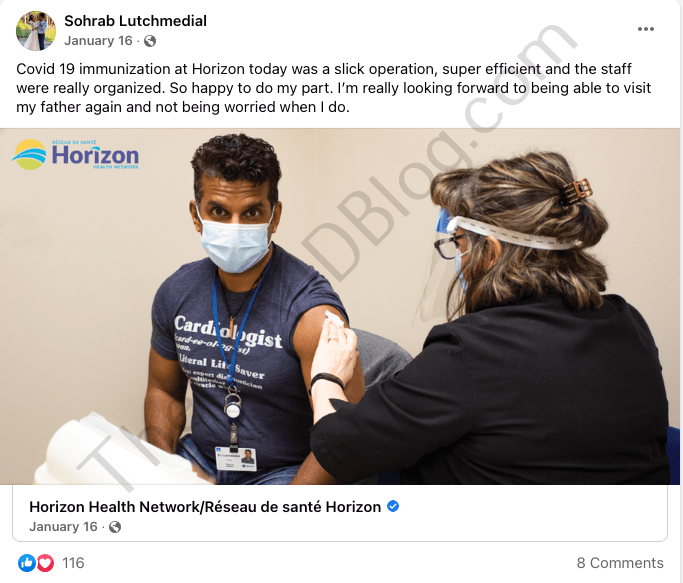 Dr. Lutchmedial did not post about his second injection anywhere across his three social media platforms. But he did speak of his disdain for the non-vaxxed, and disseminated dangerous disinformation supporting the global depopulation agenda.

Dr. Lutchmedial tweeted on August 15 that more Americans would get the injections if they were called “antibody guns.” 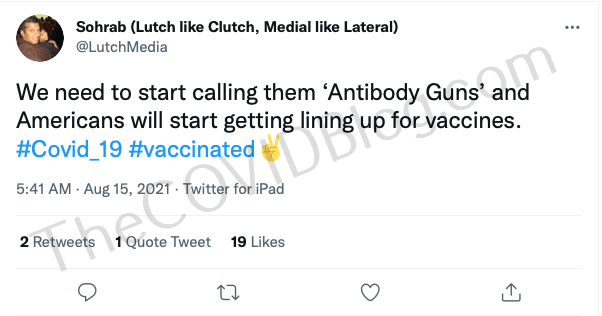 He promoted mRNA injections for 12-year-olds and made the false, very dangerous claim that the shots are “undeniably safe.” 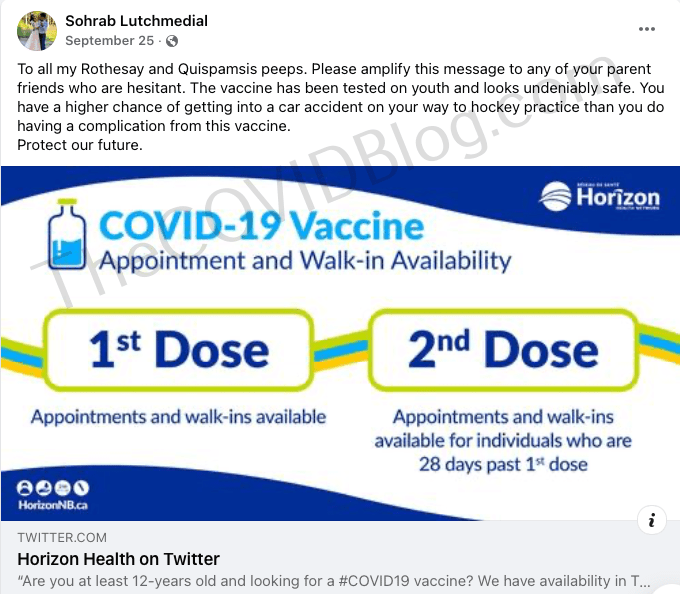 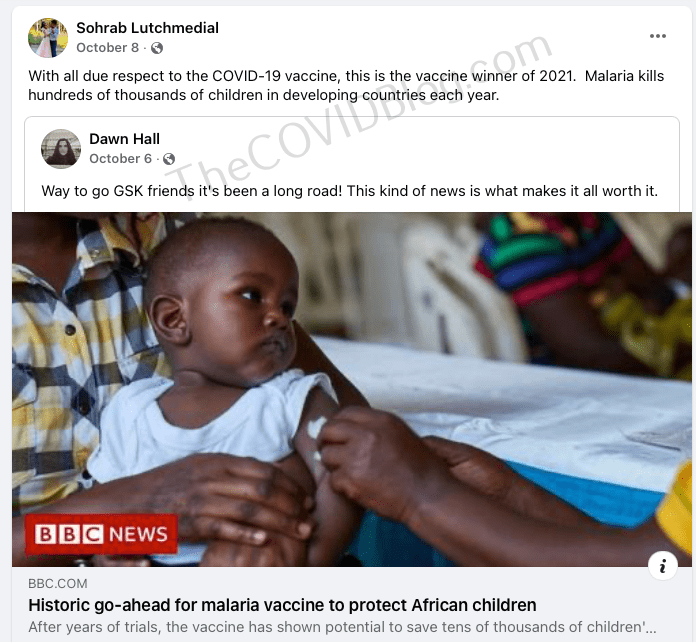 Indians and sub-Saharan Africans have largely shunned the entire COVID-19 agenda. That’s part of the reason so many African premiers have “mysteriously died” in the last 18 months and been replaced by figureheads. But the powers-that-be needed to launch Plan B to wipe out the “third world” since it’s mostly Western countries loyally and eagerly eating up the COVID-19 injections.

The COVID Blog will publish more  on these “recombitant subunit, protein-based malaria vaccines” in due course. Here’s all you need to know about them now.

Dr. Lutchmedial spread more disinformation two days later, implying that there is no such thing as natural immunity to COVID-19. 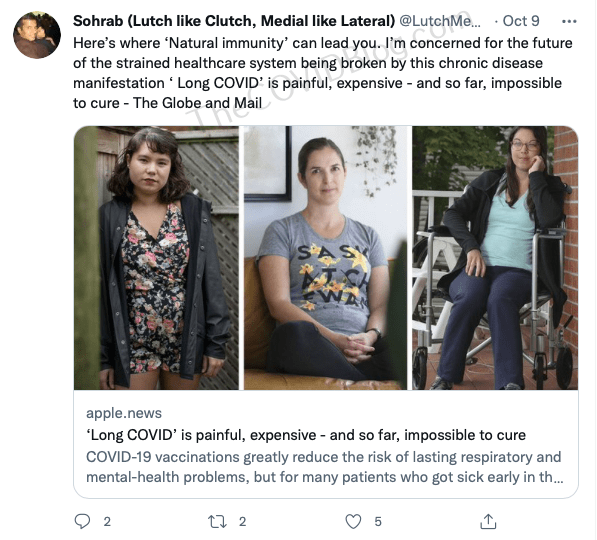 There are at least 106 studies showing that natural immunity not only exists, but is more effective than mRNA and viral vector DNA injections.

Dr. Lutchmedial then advocated violence against so-called anti-vaxxers that same day, saying he wants to “punch those people in the face.” 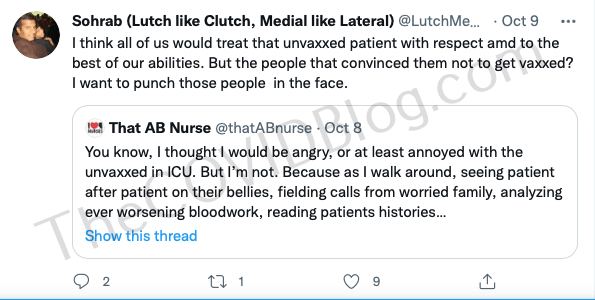 Whether you call it ironic, prophetic or something else, Dr. Lutchmedial said via Facebook on March 5, “99.999999% of all the decisions and actions we make during our lives means absolutely nothing when we die.” The post was in response to the death of Walter Gretzky, father of NHL great Wayne Gretzky.

Dr. Lutchmedial received his third injection, aka “booster,” on October 24. He attempted a play on words to celebrate his third shot, calling it “Vax Shot 3: Electric Flu-Galoo.” It is an apparent reference to the 1984 film “Breakin’ 2: Electric Boogaloo.” However, there is no third Breakin’ movie. Dr. Lutchmedial said he expected to feel sick after the shot because “my immune system is ramped up!” 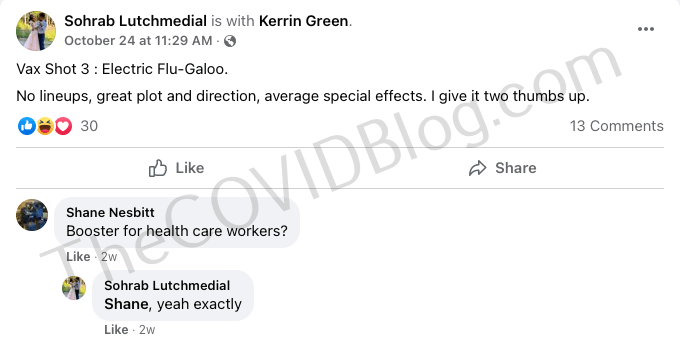 His last Facebook post was published on November 7 at 3:10 p.m. local time. It was about visiting friends and family (his kids) at the University of Guelph in Ontario. Dr. Lutchmedial “died in his sleep” on November 8, according to CBC News.

He worked at the New Brunswick Heart Centre for more than 20 years. Dr. Lutchmedia was part of a team to perform the first MitraClip procedure in Eastern Canada. It repairs the heart’s mitral valve without open-heart surgery.

Dr. Jean-François Légaré told CBC News that Dr. Lutchmedial was “kind and understanding.” His death was “sudden, unexpected for all of us.” Dr. Légaré continued:

No funeral arrangements are set as of publishing.