A group of `blood-soaked` naked activists staged a protest in Madrid, the capital of Spain, this Saturday denouncing excessive meat consumption. Spain is second in Europe for meat consumption. This bizarre protest caught everyone`s eyes on it, have a look. 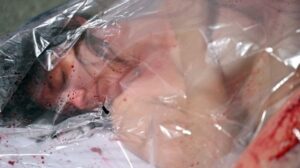 Activists stripped naked and covered themselves in fake blood in their street performance decrying the production and consumption of meat. 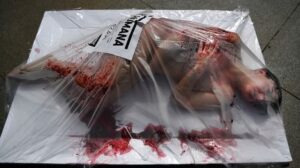 They were attempting to mimic how meat is packed in supermarkets. 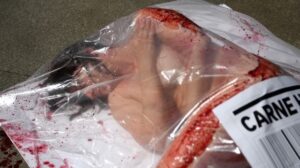 The activists aim to raise awareness among the public about benefits of a meat-free diet.