Chris Chan admits to raping mother, set to be placed in women’s prison

Chris Chan is an online creator who is often referred to as the most documented person on the internet. The list of their antics, drama, criminal behavior, and disturbing posts is far too extensive to even scratch the surface of in this article.

While often referred to as a transgender internet personality due to their own self-described motive of “getting more girls as a lesbian,” Chris has managed to maintain the internet’s watchful eye for over a decade. There currently exists a 60-part documentary about Chan’s life on Youtube called Chris Chan: A Comprehensive History.

Flash forward to 2021: Chris was recently arrested for admitting on tape to raping his 80 year-old mother who has dementia. The 8-minute audio was leaked to the website Kiwi Farms on Friday and spread across the internet like wildfire. In Virginia, engaging in incest with a mother or father is a Class 5 felony.

When the mugshot and booking information was released to the public, people took notice that despite being a fully intact biological male who just potentially raped his mother, Chris was filed as a female by the police. 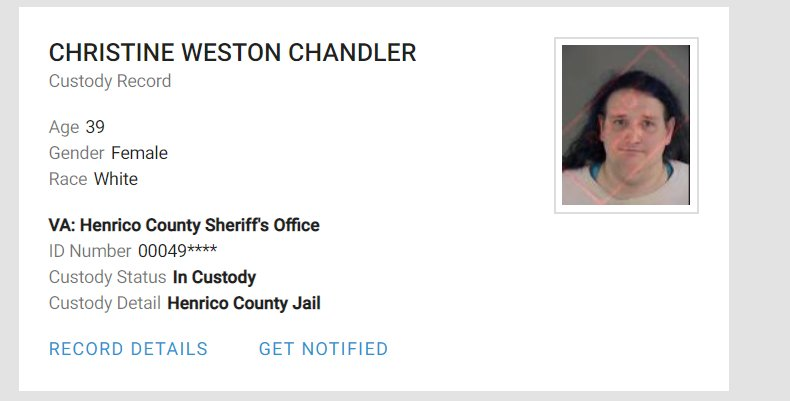 This could mean that Chris will be placed in a women’s prison, which very obviously has disastrous implications for fellow inmates.

For full context and information on this story and Chris Chan’s antics, watch my new YouTube video below: