The Psychopath Machine: A Story of Resistance and Survival

In The Psychopath Machine, Steve Smith offers shocking testimony about his daunting time in Ontario’s Oak Ridge asylum, making it clear that human subjects, especially those in prison, are vulnerable and entitled to protection…a story that needed to be told.

“Smith writes that his 1968 arrest for car theft at the age of 18, even though the charges were later dropped, “began my trip into hell, which was to last eight months and haunt me the rest of my life.” He was sent to Oak Ridge, a forensic mental health facility in Midland, Ontario, 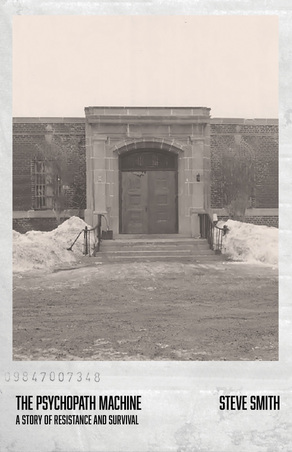 where he says that a doctor told him he was a “psychopath” and subjected him to treatment that included large doses of hallucinogens and other drugs, sleep deprivation, and being handcuffed to fellow inmates (“rapists and killers determined to convince me I was insane”).

…Smith writes very expressively about his own confusion, despair, and anger. The book sheds light on therapeutic practices considered cutting-edge in their time, but which now seem barbaric.”

READ MORE AT THE PSYCHOPATH MACHINE