Toronto’s favourite fugitive MC Top5 — real name Hassan Ali — put out a call to Toronto Mayor John Tory during an Instagram livestream Tuesday, telling fans he’ll to come out of hiding for a tête-à-tête with the city’s chief lawmaker.

“You guys wanna link up? Call John Tory and tell him I f—— want a sit-down for f—— 30 minutes,” Ali said in response to commenters demanding information about the 22-year-old’s now two-month-long flight from a first-degree murder charge.

Ali’s wanted on a Canada-wide warrant in connection with the Jan. 31 murder of Hashim Omar Hashi, 30, who was gunned down while entering a parking garage at 40 Falstaff Ave.

Charged in February with accessory-after-the-fact, Ali was released under strict conditions that included staying off social media.

Ali’s charge was upgraded to first-degree murder in May, prompting him to skip town.

Hassan Ali, is still WANTED. Investigators believe he has travelled to Kelowna and Calgary and are urging anyone with information to contact police. No matter how insignificant the information may seem, all tips are important and could be key to the investigation pic.twitter.com/lFP7hQRfj8

While the Mayor’s office declined to directly say if Tory would accept Ali’s offer, a statement provided to the Sun urged the suspect to turn himself in.

“I know the devastation and trauma that murders in our city have caused families and neighbourhoods and it is very troubling to know someone charged with murder has so far not made himself available to the authorities,” Tory said.

A protege of Toronto superstar Drake, who gave the young rapper a boost by promoting Top5 when he was just 14, Ali isn’t about to let his legal troubles interrupt his music career.

He has continued recording and releasing songs while on the lam, including a long-awaited and much-hyped collaboration with fellow Toronto rapper WhyG entitled Movie.

“We took the ‘M’ off of Movie, and we’re calling it ‘Ouvy,’” remarked WhyG during Ali’s webcast, referring to the July 20 murder of 22-year-old Jovahn McKnollys who rapped under the name OuvyOuu. 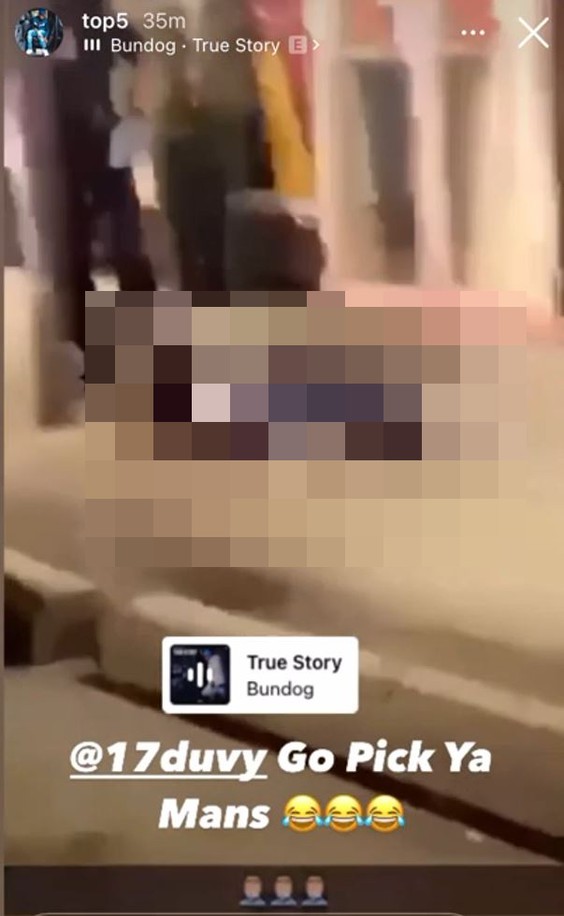 Not one to pass any opportunity to diss a rival — living or dead — Ali posted a graphic crime scene video of McKnolly’s bloodied body to his Instagram last week, urging rival Toronto rapper Duvy to “Go Pick Ya Mans.”

Ali grew up in Lawrence Heights — commonly referred to as ‘The Jungle’ — and carries his community’s rivalry with Falstaff into his music, making veiled references to previous murders in the city-owned housing project.

“I caught that n—- slippin’, shot him in the back,” Top5 rapped in a pre-release version of Movie. “When I’m in the ‘staff (Fallstaff) I’m off that Clutch pack.”

Clutch, whom Top5 mentions frequently online, refers to a Fallstaff teen — the victim of a 2019 unsolved homicide — with whom Ali was allegedly feuding.

Last summer, Top5 stopped traffic on the eastbound 401 near Jane St.  to shoot a music video with the Falstaff towers as a backdrop.

That stunt earned Ali a mischief charge, courtesy of the OPP.

Top5’s recent 14-minute livestream was his third such broadcast this summer.

As he’s done consistently since cutting his ankle monitor and skipping town, Ali professed his innocence and denied being wanted by the law.

He maintains he’s still in town, adding he’ll be in Toronto for an interview with Youtuber DJ Akademiks later this week.

“I’m not hiding from nobody,” Ali said, referring to media reports and posts on the /r/torontology Reddit page.

“Everything you see on the Internet is a lie.”