In Canada, a politician getting even 50,000 people to watch a long-form press conference is quite an achievement and usually would guarantee the legacy media would cover it.

Getting 468,000 views on the other hand should guarantee a spot on every evening news broadcast in the country, but that isn’t the treatment MP Derek Sloan’s press conference platforming censored and harassed doctors received.

468,000 views is not only good, it is literally more views than anything the Cable Public Affairs Channel (CPAC), an organization that films official federal and provincial political business, has ever uploaded onto the internet.

Canada’s liberal legacy media has not just given disproportionately little coverage to MP Sloan’s press conference, they have been absolutely silent on the issue, which is quite odd as the legacy media takes almost every opportunity to smear Sloan.

Derek Sloan had a press conference on Parliament with dissident doctors & vaccine experts. Correct me if I’m wrong, but I haven’t seen a single report on it in the MSM. But it’s the most viral political video in Canada. Tells you something about the media: https://t.co/bvvZulqstg

What it seems like is the liberal media knows that they cannot cover this press event or even attack Sloan for hosting it because there was nothing said they can take out-of-context or spin to make him seem like some villain. The doctors that spoke at that event have too much credibility for the media to go up against so all they can do is pretend the event never took place. 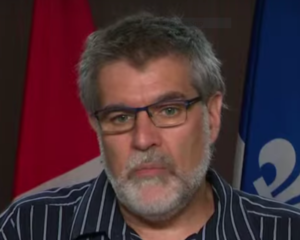 Dr. Bridle in particular is hard to try and attack. He has a Ph.D. in viral immunology and does research and development for vaccines, and currently is also a professor at the University of Guelph.

As a great example of how the liberal media has no way of smearing these medical professionals one of the only liberal journalists who responded to Sloan on Twitter regarding the press conference tried to claim Dr. Bridle is just a “veterinarian” because he happens to teach some veterinarian courses alongside courses on immunology.

The medical professionals who spoke alongside Sloan at the press conference clearly see COVID-19 still as a threat to public health and want more effective treatments while reducing side effects so there is little room to be able to attack them.

It would damage the liberal media’s pro-lockdown narrative for any credible medical professional to promote already tested and approved medications that severely reduce the mortality rate of COVID-19.

The media in Canada being subsidized by the government is incentivized to promote whatever solution the government promotes to the issue of COVID-19 and because the government has chosen vaccines, and will almost never admit to making a mistake, any alternative becomes “pseudoscience” despite other countries using them to great effect.

It is a wonder if the liberal media will ever bend to public pressure to cover this event, or if their establishment stance is just so strong that they will refuse to talk about anything that violates their established narrative. Maybe the press conference needs 500,000 views before the liberal legacy media will even consider platforming ideas counter to their narrative?

At the very least their complete silence on this issue has demonstrated to many Canadians that the government-subsidized media is not neutral and has a very heavy centre-left to left-wing bias that renders them unable to touch one of the most-watched press conferences in Canada.

When this story was originally released it was at around 430,000 views, and since then has been updated to stay up-to-date with the increasing number of views this press conference has recieved.