A concerned Austin city employee sent me the following email. It requires little comment. This is how the city, which ripped about $150 million from its police budget and has yet to resume police cadet classes while its experienced officers are leaving in droves, spends taxpayer money for two hours in the middle of a workday.

According to our source, about 100 employees have signed up for the “training.” 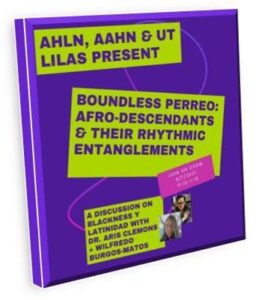 Description:  In 2019, after sweeping the categories for Album of the Year and Best Female Hip Hop Artist at the Black Entertainment Television (BET) awards, Belcalis Almánzar, better known as Cardi B, was forced to respond to increasing criticism about her authenticity as a Black woman in the United States.

People argued that she should not be eligible for the recognition because she is not Black, maintaining that her use of the Spanish language and her previous claims of Latinidad precluded her from Blackness. In her response, Cardi B attempted to break down the myth of mutual exclusivity between Blackness and Latinidad, by focusing on the differences between race, ethnicity, and nationality.

In this workshop, cultural theorists Wilfredo Burgos Matos and Aris Moreno Clemons, reveal the many intersections of Blackness and Latinidad through an exploration of music, history, culture, language, and political economy. Grounding our presentation in the roots and development of the musical genre Reggaeton, we note the centrality of Blackness in Latinx self-expression. In our discussion, we will begin with a brief video presentation of the music itself. The panelist will then cover everything from the Black and Latinx origins of reggaeton to the power and policing of Black and Brown solidarities, which form the foundation of this musical genre. Additionally, the speakers will reveal the tensions between a political economy that relies on the mutual exclusivity between Blackness and Latinidad to sell records and the ancestral entanglements which provide the basis for the art itself. Finally, the workshop will allow for audience interaction through questions from the audience.