Bette Midler: ‘Sorry Conservative Christians, But Spending Eternal Life With You Is Not…’

Singer Bette Midler put out a tweet on Thursday afternoon informing conservative Christians that she does not think it would be a good thing to spend her afterlife in the same place she thinks they are going.

“Sorry Conservative Christians, but spending eternal life with you people is not the selling point you think it is,” she said.

Midler has previously defended legalized abortion through Twitter. On Sept. 2, she sent out a tweet that said: “I suggest that all women refuse to have sex with men until they are guaranteed the right to choose by Congress.” 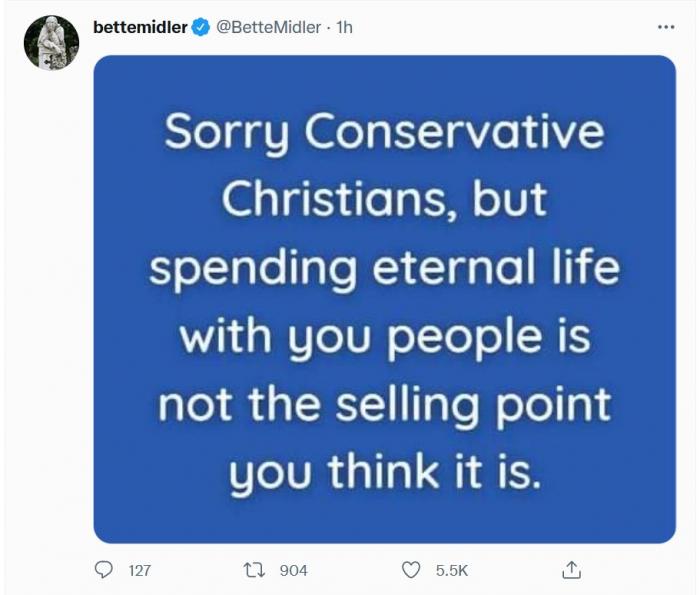