Chris Cuomo’s right-hand man at CNN had something of a low opinion of women, court documents show.

And he told a father that he “sexually trained” a seven-year-old.

The latest on Griffin is even more shocking than what was revealed in a statement from the Justice Department last week. While Cuomo bashed Donald Trump for mean tweets and bad manners on CNN, the disgraced former anchor’s major domo, prosecutors allege, raped little girls at a ski lodge in Vermont.

FBI agents bagged Griffin last week, pursuant to the indictment that said he talked mothers into permitting him to groom their daughters for sex, as The New American reported.

In one case, he paid a woman $3,350 to rape her nine-year-old daughter, prosecutors allege. “A woman is a woman regardless of her age,” Griffin wrote to one mother.

But more disgusting details surfaced when the indictment was unsealed.

Griffin “attempted to lure at least four girls, ages 16, 14, 13 and 9, to his Vermont ski house for deviant training sessions on such things as “spanking” and “c–k worship,” the New York Post reported of the indictment:

Griffin told the parent of a 16-year-old that “there is a natural, wanton whore at the core of ANY female, whether she knows it or not,” the Post reported of the indictment. 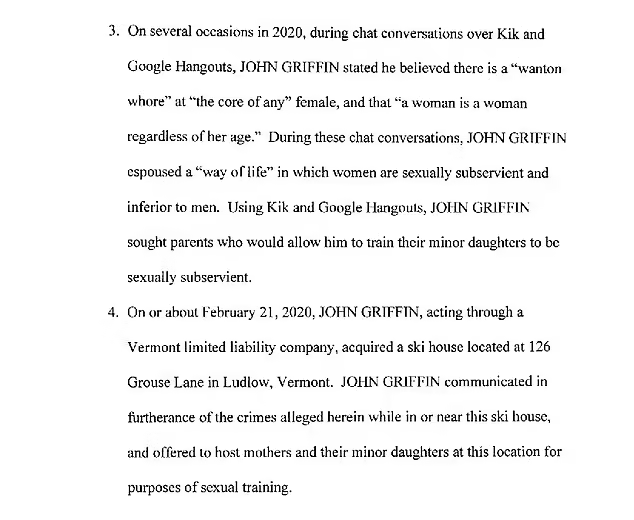 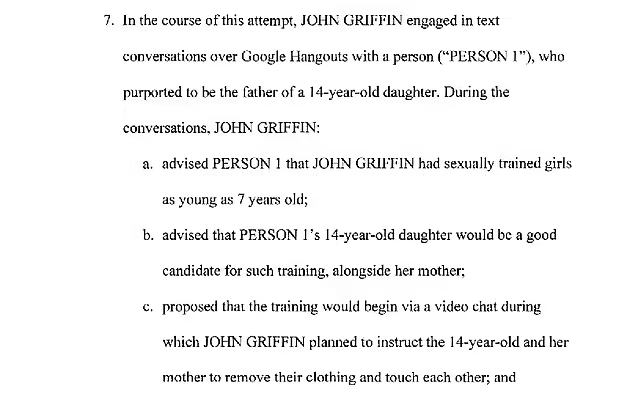 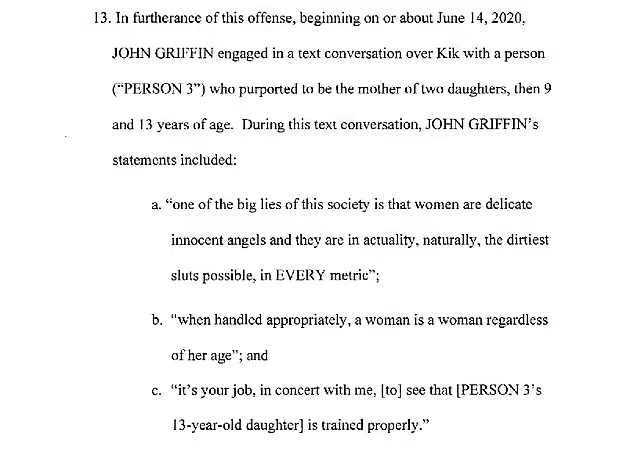 He sent the mother $3,350 for a plane ticket from Nevada to Vermont with her nine-year-old. He picked them up, took them to his ski lodge in Ludlow, Vermont, and raped the girl, the indictment alleges.

In an earlier instance in April of that year, Griffin chatted with the purported father of a 14-year-old girl and told him he’d sexually trained a 7-year-old and said the dad’s teen would be a “good candidate” for his school, alongside her mother, the documents claim.

Griffin said he’d instruct the teen and her mother “to remove their clothing and touch each other,” the indictment says.

READ MORE AT THE NEW AMERICAN