‘Everybody has the opportunity to be educated’: Country Club pulls picture after public backlash

EDMONTON — The Glendale Golf and Country Club has apologized for reposting a picture of a foursome who wore shirts at a golf tournament that read “Drunk Wives Matter,” in reference to the Black Lives Matter slogan.

The picture of four unknown women wearing the matching shirts was temporarily shared on the club’s Instagram, sparking criticism from the public. While the picture was taken down, it’s been shared widely.

“Why they thought this was a good idea is beyond me,” Farha Shariff, an educator, told CTV News Edmonton.

“It was a thoughtless post that has been rightfully brought to our attention by many community members,” a statement from the Glendale Golf and Country Club read. “We take full responsibility for this mistake and will use this opportunity to reflect on our actions.” 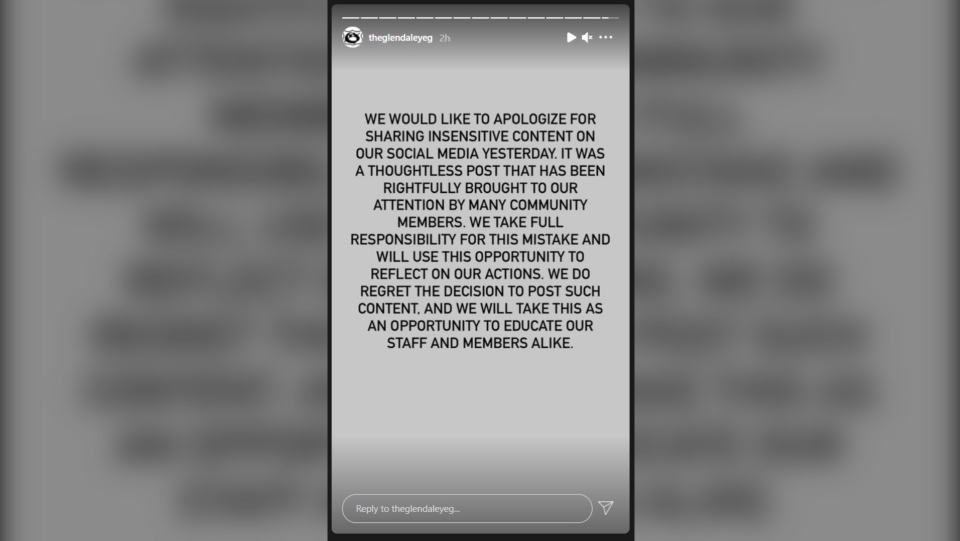 Shariff told CTV News the problem with the post is there were a number of missed steps.

“There were many opportunities for someone to say something,” she explained.

“Most people are not inclined to act on what they see and that’s how we perpetuate racism.”

They still allowed them to play at the club. When people don’t adhere to dress code at country clubs, they are required to change right? Why were these women not held to the same standard after showing up in racist propaganda? 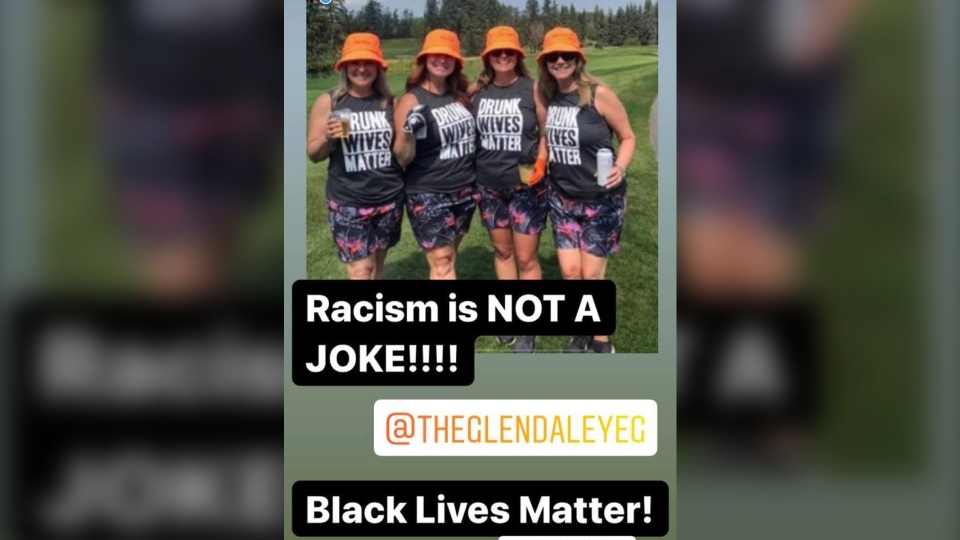 The club called the situation a teachable moment for staff and members.

However, Shariff said the apology was “weak” and lacks a specific educational plan for them to move forward with.

“I encouraged people that follow me to contact the Glendale and ask, ‘how are they learning? What are they doing?’”

“Everybody has the opportunity to be educated,” she added. 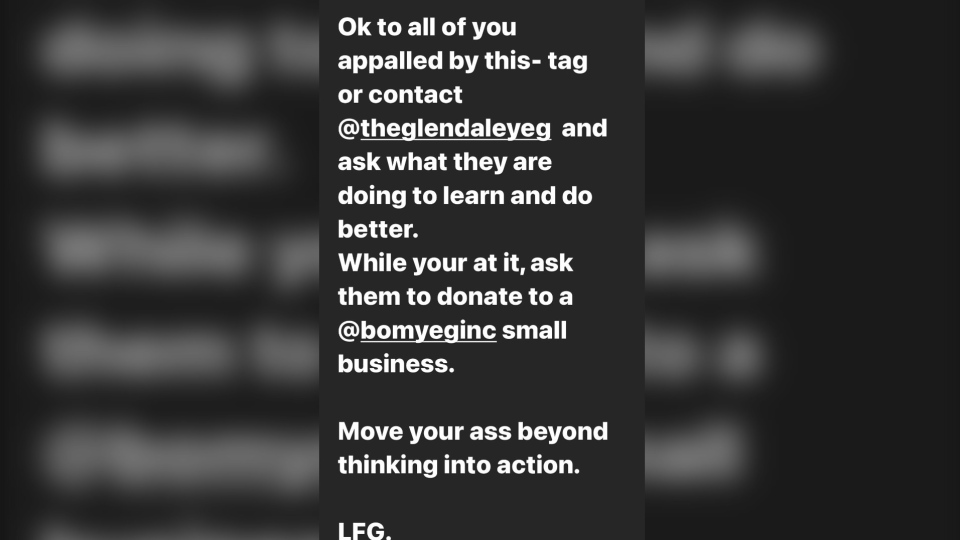 I would like to hear about this anti-racist education they’ve committed to. I would like to see a donation to a Black charity and an updated policy on DEI published by Glendale. I would love for the wine moms to take accountability. Everyone can grow/learn but we need action now.

Shariff said the community wants the club to be held accountable for their actions and a few ways to do that is by issuing a “heartfelt” apology with specifics, such as offering support to the racialized community, supporting local Black-owned businesses and donating to organizations that are working towards addressing and correcting racism.

“When you post something on social media and share it, that’s reflective of the brand and the club,” Shariff added.

CTV News Edmonton has reached out to the club for further comment.

Thank you for taking the first step. Education and knowing these issues is huge and I hope you follow through and actually educate yourself and your staff. https://t.co/rCyw3jBnzq

When you apologizing for sharing "insensitive" content, but actually allow RACIST people and behaviours on your courses. "I'm sorry these pics were insensitive." How about being sorry for enabling RACISTS to golf on your courses. How about calling it RACISM? Smh. https://t.co/kZ9XUaeAdD