Terrorism charges have been filed against the suspect accused of killing four members of a London, Ont., family in what police have called a targeted attack on Muslims.

Nathaniel Veltman was already facing first-degree and attempted murder charges. New charges alleging the attack was an act of terrorism were unveiled Monday. 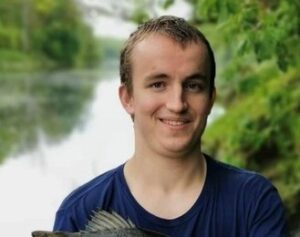 Federal prosecutor Sarah Shaikh told the court the deputy director of public prosecutions had approved charges last Wednesday alleging the killings constituted terrorist activity.
The attempted murder is also being prosecuted as terrorism, she said.
The development came after the RCMP’s Integrated National Security Enforcement Team was brought in to assist with the investigation into the June 6 vehicle ramming.

National security law expert Prof. Leah West said the additional charges of “murder-terrorist activity” were appropriate given what is known of the attack.

“That makes the most sense,” said West, an assistant professor at Carleton University’s Norman Paterson School of International Affairs.

It is the third time murder-terrorist activity charges have been laid following recent attacks in Ontario.

The same charge was used in February 2020 against an alleged supporter of the so-called Islamic State accused of killing a Toronto woman with a hammer.

The terrorism charges place an additional burden on prosecutors, who will have to prove not only that Veltman committed the killings, but that his motive was terrorism.

That means making the case that his intention was to intimidate a segment of the population because of his ideological, religious or political beliefs.

But West said while that will complicate the prosecution, it is in the public interest to prosecute acts of terrorism as terrorism.

Canadian authorities were previously reluctant to file terrorism charges, even in cases where the attackers’ intentions seemed clear, preferring to prosecute for murder and attempted murder.

The Quebec City mosque shootings, the vehicle ramming in Edmonton by a known extremist with an ISIS flag, and the killing of three RCMP officers in Moncton were not prosecuted as terrorism.

In choosing which charges to lay, prosecutors must take the public interest into account, West said, co-author of the book National Security Law.

“In this case, there’s a strong argument to make that there’s a public interest in charging terrorism,” she said.

West said charging the London attack as terrorism would have the effect of denouncing anti-Muslim violence, and sending the message that terrorism would be consistently treated as such.

Police have not yet uncovered any ties to terrorist or hate groups, and London’s police chief, Steve Williams, said in an interview that Veltman appeared to have acted alone.

Canada’s Criminal Code does not contain provisions for hate-motivated crimes, although it does outlaw hate speech. Bias, prejudice and hate are aggravating factors at sentencing.

Hate crimes “can cause higher levels of psychological trauma and depression in their victims,” according to a Public Safety Canada report released to Global News last week under the Access to Information Act.

“Hate-motivated crimes and incidents have negative effects on the sense of community and individual safety,” the report said.

“If not addressed, hate-motivated crimes and incidents can be a warning sign and even a catalyst for more serious violence in communities.”

Establishing in court that the London attack was terrorism “is going to make it harder to prove,” said Michael Nesbitt, a University of Calgary law professor who specializes in national security.

The courts have not yet defined what constitutes an ideological or political motive, he said. Attacks in 2020 that resulted in murder-terrorist activity charges have not gone to trial.

“We have two but none of them have been tried in court yet, so we don’t know,” he said.

Yet if prosecutors establish the London attack was first-degree murder, that will stand, even if they fail to prove the terrorism portion of the case.

“I think they feel it’s important to call it terrorism,” he said.

Police have not disclosed why they believe Veltman’s attack was a hate-motivated incident targeting Muslims, and whether it was based partly on statements he made.

Witnesses have described seeing Veltman outside a shopping mall following the attack, wearing what looked like a military-style helmet and a vest.

His pickup truck was allegedly fitted with a ram bar.

Court records filed as part of Veltman’s parents’ 2016 divorce portray him as being prone to anger, having special mental health needs, being on medication and receiving counselling.

The 20-year-old left home as a teen, worked at an egg processing facility in Strathroy, Ont., and was living in a London apartment when he bought a truck about a month ago.