Following the bizarre gibbering nonsense that came out of Joe Biden’s reanimated mouth Sunday, debunking site Snopes has allocated its resources to investigating and concluding that the so called President of the United States probably did not yell “my butt’s been wiped” at a reporter.

Full interview of @POTUS “my butt has been wiped” comment.
Why, did not a single reporter, ask…excuse me Mr. President?
Can you clarify what happened to your butt?
Journalism is dead…

— All Politics is Local with Jon Fetherston (@LocalPoliticsis) July 25, 2021

Snopes, the reliable and definitely not agenda driven fact-checking website, declared Monday that “This is a genuine clip of Biden. However, it’s not clear what he’s saying in this video.” 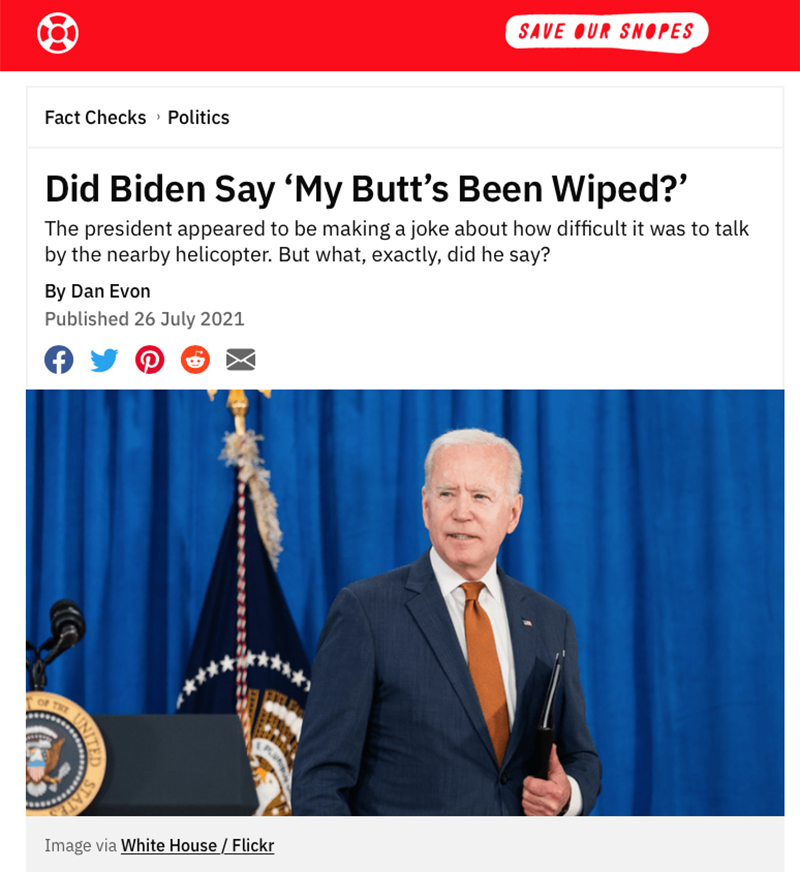 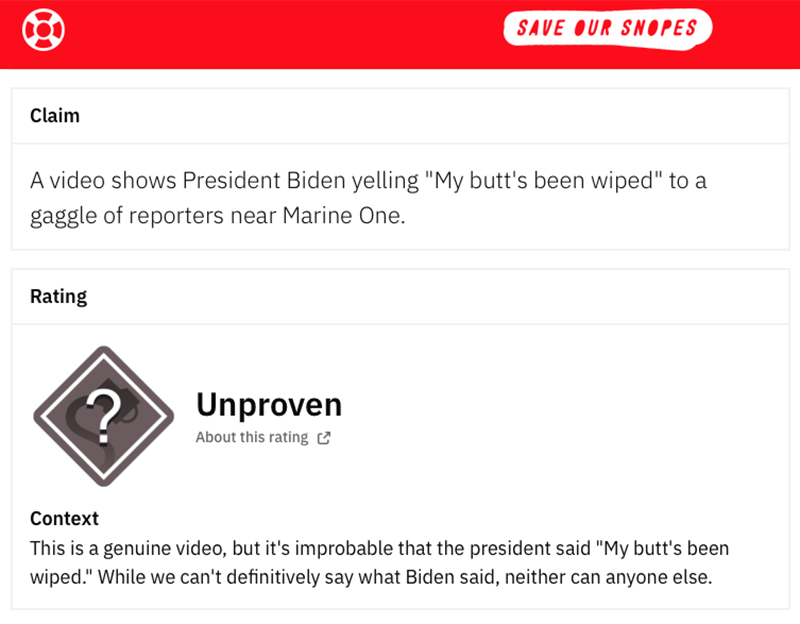 “It seems that people are just hearing what they want to hear,” Snopes declared.

“While it seems highly improbable that he said “My butt’s been wiped,” we can’t say for sure what he said in this clip, so we are marking this claim as unproven,” Snopes concludes.

Well, just like Biden’s butt, that’s all cleaned up then.

The point is that the guy is yelling weird non-distinguishable stuff at reporters and clearly mentally failing on the world stage. Whether he’s specifically yelling about his butt being wiped or not is irrelevant.