An eighth suspect has been apprehended in Mexico in connection with the April death of Georgia taxi driver and married mother Rossana Delgado, according to a report.

Delgado, 37, was found dead April 20 in a home in Cherry Log, in northern Georgia, four days after she was reported missing. She was a resident of Bethlehem, Georgia, east of Atlanta and about 90 miles southeast of Cherry Log.

The victim worked as a taxi driver in the Atlanta area and was a mother of two children, WXIA-TV of Atlanta has reported. Her husband has claimed he last spoke with her by phone around 7 p.m. April 16 before she planned to pick up a cab passenger, the station has reported.

Investigators responded to the Cherry Log home after the husband traced Delgado’s phone signal to the area, authorities have said. 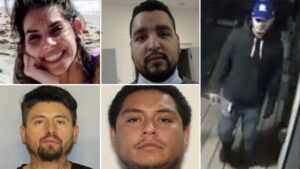 On June 26, Juan Ayala-Rodriguez, 35, was arrested as the eighth suspect in the case, according to the Georgia Bureau of Investigation. U.S. Marshals Service personnel from Atlanta and San Diego made the arrest, FOX 5 of Atlanta reported.

The suspect has since been transported to California with plans to extradite him to Georgia to face murder charges in Delgado’s death, the station reported.